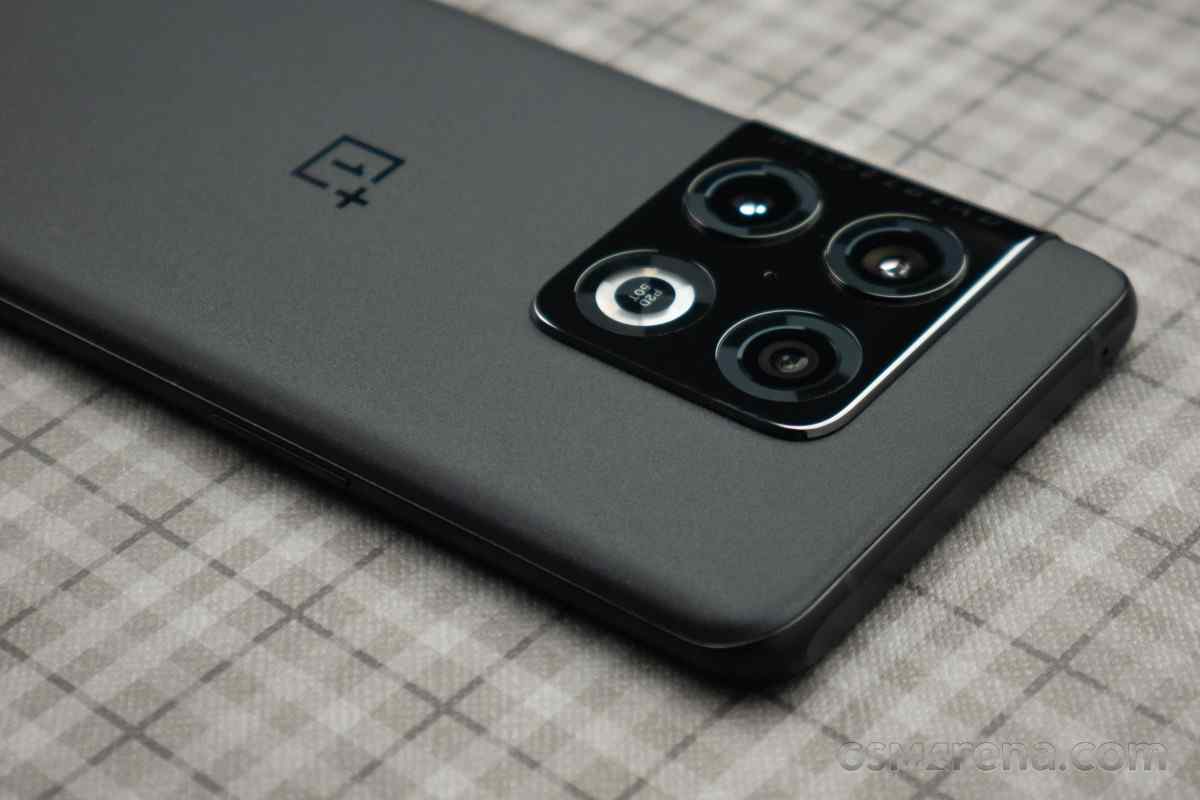 one plus lunched a flagship smartphone in china. Oneplus 10 pro is also available in the global market and it’s come’s with snapdragon 8 Gen 1 chipset.

And the oneplus 10 pro has a big battery, new selfie cameraand updated Ultra-wide sensor. These update make a feel satisfies to buy Oneplus 10pro, of course it’s has a powerful chipset, with a significant upgrades if “pro” model. There is some rumors of Oneplus-ultra to arrive the last of the year with amazing features.

The display panel is same as the oneplus 9 pro. It has 1300nits a peak of brightness, and it’s has HDR+ support and a variable 120Hz refresh. One tidbit for the 10 pro the dual calibrated the panel at the both 500 and 100 nits brightness.

Oneplus 10pro comes with standard level of packageing from oneplus. The box Comes with colour in red that box caughts with a solid red colour. But the oneplus doesn’t include the protective case for 10pro in North America side. But they added a USB OTG adapter (USB-A to USB-C) for transferring the data old phones to new one’s. Recent oneplus never include this North America.

but if you from India were to pick up the phone, you did get 80w supper vooc charger. This charger has USB-A port instead of USB-C port is thus incapable of supproting USB power Dilevery standard. This charger can only fast charge oneplus and oppo phones.

Three cameras and flash ring very much give the stove burner vibes. Only two if the camera protrude last the camera bump. Both main and telephoto cameras, The Ultra-wide camera has a flash ring just blow the camera bump. Since the camera is so wide this time, it easy to inadvertent level at least of the camera sumdged with the fingerprints after the holding of the phone in landscape.

Our Oneplus 10pro is volcano black model. You think it’s took sandstones looks amazing when the sun light touch the phone and it feels like premium matt-glass finish. The weight of the phone is 201grm and it’s feel weight distribution good. The textured glass makes the holding phone with pleasure but the was not slippery and the coarse but the soft textured. This is a largest smartphone 163×73.9×8.55 mm. The 10 pro does not have the feature of official IP rating expect from t-mobile variant in usa, where it IP68 rated.

The left side of the phone is volume rocker, power key house and the physical alert of the phone. It has three option of the sider down is ringer mode, middle one is vibration mode only and the top of the position is silent mode.

The bottom side of the phone is home of the in-call microphone and a loud speaker port. There is Nano SIM tray and there is no expandable storage of the phone. The aluminum frame is very slim among the sides of the phone. And a matte anodized finished that same match of the volcano black backplate in the both of the colour.

Display of the 10 pro

The oneplus 10 pro has a 6.7 inch AMOLED display with 3214×1440 resolution of the phone. And it has second generation of the LPTO technology pannel and it’s has dynamic refresh rate of 120Hz. This pannel full of the features 10bit-colour depth and 100% coverage of the sRGB and display P3 colour space.

It’s using the same panel of 9 pro, now the 10 pro has dual calibration. The 10 pro has a color calibrated at 500 nits, as well as the 100 nits has more accurate for more colours across the brightness.

when its come to colour Setting features Three options vivid, Natural and pro. Vivid is calibrated to the DCI-P3 standard, while the natural calibrated to the sRGB standard. Pro mode features two sub options cenimatic, which sets the display to DCI-P3 colour space, and it’s brilliant, which gives to the display it’s widest native colours.

The 10 pro display has only one weakness it’s shear a lot of other consumers OLED panel and it’s back crush. OLED panels usually has poor near black generation technology as compared to others technology, which causes the manufacturing clip is dark and gray level of black.

The oneplus 10 pro supports the HDR, HDR+, and HLG, The HDR implemention is mixed bag. When its working the results is reasonable impact and step above the SDR content.

The oneplus finally update the battery in 10 pro has 5000mAh with dual cell battery. Like the previous dual cell batteries of 9 pro has two smaller batteries charge and deplete in parallel and it makes the possible to recharge the entire the capacity of the battery quicker as compared to conventional battery. An the requirement of the porpritary of the adapter in order to take advantage of supervooc charger. Otherwise the supervooc doesn’t show exclusive results.

The battery life of the 10 pro has noticeable improvement to see the working capacity of battey. In our test 10 pro has amazing benefits is jump of the battery capacity from 4500mAh to 5000mAh which is amazing. But the expected improvement in a couple of areas. Overall score of 107h, oneplus 10pro yielded 33:17h if calling time, 13:38h of the browsing time, and 16:20h of the video. The larger battery for both calls and browsing time is were both are the same but the video score is improved. The battery drain significant was better this time.

The oneplus has fast charging it’s called dash to wrap and now they landed to supperVooc charger. Rather that maintain separate names for charging technology between the brand. Oneplus was integrated with oppo that means the oneplus is positioned the sub-brand of Oppo, which is also using the supperVooc charger.

The 65w supperVooc charger took for fully charge for big battery 5000mAh 35 mints (80w advertised at 32 mints), through we managed to get full charge two minutes earlier (using 65w charger). Plus we are able to achieve a 62% in 15 mints. The airVooc wireless charger at 50w fully charge the battery in 47 mints.

The oneplus 10 pro has a decent but unremarkable sounding pair of the stero speakers. There’s one in the earpiece and another one at the bottom of the phone.

The two sides of the sounds was balanced when playing together. Which Makes it suitable for YouTube videos, podcasts, and such as the vocal come through clearly. As compared to the oppo find X5 pro and iQoo 9 pro oneplus 10 pro speakers clearly will balanced sound from the two sides of the speakers.

Oxygen OS was always known from having features that enhances the clean, near stock skin over the android. Over the last lot of irritation in the oxygen OS. It has slowly morphed into inconstent mishmash oxygen os, colour OS and the android 12, we have the previous experience that the disappointing about the oxygen OS.

Recently, oneplus considering the feedback from the user to improve experience and it’s promise to revert back to a cleaner stock-like UI OXYGEN OS 13.

The 10 pro has a latest chipset of the Qualcomm 8 Gen 1. And the soc uses an octa-core cpu consisting of 1 main cortex-X2 core thats run at 3.0GHz, aided by 3x cortex-A710 cores ticking at 2.5GHz, plus a third cluster of 4X cortex-A 510 core at 1.8Ghz demanding the less preserve energy. The Adreno 730 GPU take care of the garphically intensive task and is 25% more efficient that the procedure. And the score of ANTUTU score is 1029556 and you can compare with other device.

Oneplus has confirmed that it has lot of effort to improve the thermal performance of the 10 pro and it’s called as 3D passive cooling system. This consists of large custom made vapor chamber, copper foil, and copper carbon all the which pull the heat from the both sides of the motherboard. There is a new cooling and the film made of a graphen, which altogether makes up surface area of more than 34,100mm sq. The snapdragon 8 Gen 1 SoC both the power hungry and generate plenty of heat. And its hard maintain the cooling and it’s not easy task. The new cooling system work well to maintain cooling.

The thermal thorring decline was gardualy and we’ll controlled, an the performance didn’t drop more than 20% during the test.

The oneplus has a triple camera setup on the back and a single camera on the front side. And the oneplus claims that the 10 pro camera has tuned by that Hasselblad. The main wide camera on the back was 48 megapixel Sony Exmor IMX789 as in the 9 pro. It’s has 23 mm equivlent with 7p lens at f1.8 aperture, OIS, phase detection auto focus, and it has leaser autofocus has been removed. It’s record the videos upto 4k with 120fps or 8k with 24fps.

The telephoto camera is 8 megapixel OminiVision OV08A10, which is also carrie’s over the Oneplus 9 pro. It also has a 76mm equivalent f2. 4 lens with OIS and PDAF. It can record video up to 1080p 30fps. When the phone switching to higher resolution or frame rate causes the phone to switching the zooming the digitally on themain wide camera.

The Ultra-wide is has 50 megapixel sensor. It’s a Samsung ISOCELL JN1, that’s a extremely wide angle fixe the focus lens with 150 degree field of view. This camera can record videos upto 4k with 30fps.

The sort of macro capability. The 9 pro was able to shot in macro ceramic mode using the Ultra-wide camera, but the Ultra-wide lens on the oneplus 10 pro is fixe the focus. None of the camera are capable for focusing from a clean oh dear distance.

The oneplus 10 pro was one the very few phones which comes with 10 bit image optional shoot image in the night mode.

technically 10 bit image should have more headroom for edit the images. your not likely to see much more difference in of between the 8 bit and 10 bit images from this compress of the phone nature. And the editing make sense when the picture come from proper camera, but the smartphone neglect to process the compress of image a lot, which can cause the even a 10 bit image to fall a part quickly once to start editing.

The 10 pro has 12 megapixel of images of the main camera have a very good amount of details. And there is a noticeable sharpening which is seems to aggressive at some times but there is a usually tolerable. The camera has over saturated and clipcolour on a single colour flower.

The display has p3 colour gamut adds a extra depth colour when view on a compatible display. White is balance as usually okay, although that camera has an overall the tendency to lean towards the warmer.

when the thing getting drak (Night) then the night mode essential for the images. Here the standard model can no longer keep up, but the night mode produce a better expose the images quality, detailing is amazing in the night mode and dynamic range but still looks a image is bit of over produce.

As we known that any of the morden flagship smarthphone, the oneplus 10 pro has a varient of resolutions and frame rate, And the camera permutation and the combination to go through, when its come to recording of the video, you can shoot the videos through the all of the three rare camera 10 pro. It’s depending up on the camera you have choices the recording mode in 720p, 1080p, 4k(2160p), and 8k (4380p). you also have multiple frame rate options including the 24p, 30p, 60p, and 120p, although not all are available at any given point.The videos can save by default in Avc(H.264) or optionally in HECV(H.265) to save some space without any different in quality.

In North America, The oneplus 10 pro was started from 899$. And the Indian basic variant 8GB+128GB and 12GB+256GB the basic variant price is 66,999 and the top variant is 71,999. Overseas the oneplus has taff competition with the Chinese Brand’s Xiaomi, Realme, Oppo, Huawei.